Want to prevent another shutdown, save 33,000 lives and protect yourself? Wear a face mask, doctors say

everyone "should wear a cloth face cover when they have to go out in public, for example to the grocery store or to pick up other necessities." 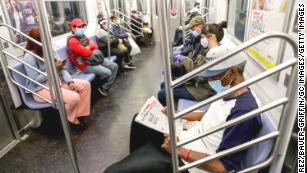 The best way to reduce Covid-19 transmission is by wearing a face mask, study finds

"Cloth face coverings are meant to protect other people in case the wearer is unknowingly infected but does not have symptoms," the CDC said.

But the benefits go both ways. "We know now there's scientific evidence that masks both keep you from infecting others but may also partially protect you from getting infected," said Dr. Deborah Birx, the White House coronavirus task force coordinator. "I think that's a new discovery and a new finding."

If 95% of Americans wore face masks in public, it could prevent 33,000 deaths by October 1, according to the University of Washington's Institute for Health Metrics and Evaluation.

So why has the guidance on face masks changed since the pandemic started? This novel coronavirus is still just months old, and scientists are constantly learning more about it -- including more reasons why wearing masks is so important:

-- It's easy to spread this virus by just talking or breathing.

-- This coronavirus is highly contagious. Without mitigation efforts like stay-at-home orders, each person with the coronavirus infects, on average, another two to three other people. That makes it twice as contagious as the flu. 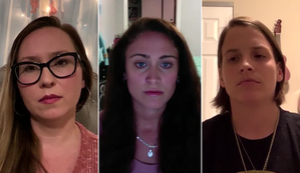 16 friends get coronavirus after one night out. Hear their warning. 03:50

-- This virus has a long incubation period -- up to 14 days -- giving a wide window of opportunity for people to infect others before they even know they're infected.

-- Carriers may be most contagious in the 48 hours before they get symptoms, making transmission even more blind.

In other words, it's not just people who are sneezing and coughing who can spread coronavirus. It's often people who look completely normal and don't have a fever. And that could include you.

Why did health officials tell us not to wear masks before?

Early in this pandemic, scientists didn't know how easily this virus spreads between people without symptoms or how long infectious particles could linger in the air. 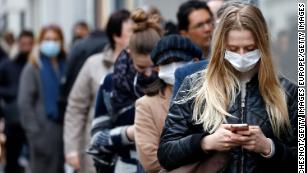 How to clean and reuse your face masks

In March, both the World Health Organization and the CDC said face masks shouldn't be worn by healthy members of the general public andinsteadshould be reserved for those who are sick or caring for the sick.

US Surgeon General Jerome Adams posted a tweet on February 29 urging people not to buy masks.

But in early April, both the CDC and Adams reversed their guidance after doctors learned more about how easily coronavirus spreads without symptoms. They even created a video showing how to make a mask with just a T-shirt and rubber bands -- no sewing required.

WHO in June also reversed its guidance. The global health agency now says countries should urge the public to wear fabric masks where there's widespread transmission of the virus and where physical distancing is difficult.

Track the virus in your state and across the US

What do doctors say about face masks now?

"People need to know that wearing masks can reduce transmission of the virus by as much as 50%, and those who refuse are putting their lives, their families, their friends, and their communities at risk," said Dr. Christopher Murray, director of the Institute for Health Metrics and Evaluation. 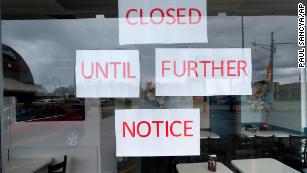 There are just a few groups of people who shouldn't wear cloth masks, including children under 2 years old and people who have breathing problems, according to the Mayo Clinic.

The nation's top infectious disease expert, Dr. Anthony Fauci, is strongly urging the public to wear face masks -- especially now that states have reopened, more people are out in public and new Covid-19 hospitalizations are surging in many areas.

"Plan A: Don't go in a crowd. Plan B: If you do, make sure you wear a mask," Fauci testified Tuesday on Capitol Hill. 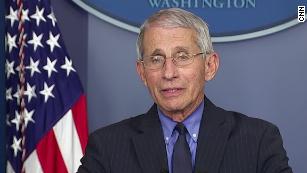 Fauci warns 'anti-science bias' is a problem in US

But Fauci said he has no regrets about not telling Americans to wear masks early in the pandemic.

"At that time, there was a paucity of equipment that our health care providers needed -- who put themselves daily in harm's way of taking care of people who are ill," he said.

"We did not want to divert masks and PPE (personal protective equipment) away from them, to be used by the people." But now, Fauci said, "we have enough."

Which states have mask requirements?

At least 16 states and the District of Columbia have mandates on wearing cloth face masks in public. 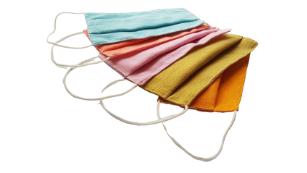 These states require people to wear masks when out in public

"It's an incredibly simple, cheap, and now turning out to be effective intervention -- both for individuals (and) for communities," Murray said.

"There's no reason that every state shouldn't do what other states are starting to do, which is mandate mask use."

Other countries have had mask requirements nationwide, including Germany, the Czech Republic and Austria.

An estimated 230,000 to 450,000 Covid-19 cases were prevented in the states that enacted requirements for mask use between April 8 and May 15, researchers from the University of Iowa found.

What about my civil liberties?

Wearing a face mask will give you more freedom, not less, the surgeon general said.

"Some feel face coverings infringe on their freedom of choice- but if more wear them, we'll have MORE freedom to go out," tweeted Adams, who was nominated by President Donald Trump.

Some feel face coverings infringe on their freedom of choice- but if more wear them, we'll have MORE freedom to go out.

Exercise and promote your freedom by choosing to wear a face covering! pic.twitter.com/3A4fW2qmN8

Murray agreed that one of the fastest ways to help get Covid-19 under control and help prevent a second wave of economic shutdowns is to wear a mask.

"For pretty much every state that we've looked at, if we can get people to wear masks, we can not only save lives, but ... we can also save the economy, because we can keep businesses going."

Can I stop taking other precautions when I'm wearing a mask?

No. It's still important to keep social distancing when possible and wash your hands frequently -- especially because since you could touch a contaminated surface (like the front of your mask) and then touch your face when your mask is off.

"Don't get a false sense of security that that mask is protecting you exclusively from getting infected," Birx said.

"There are other ways that you can get infected."